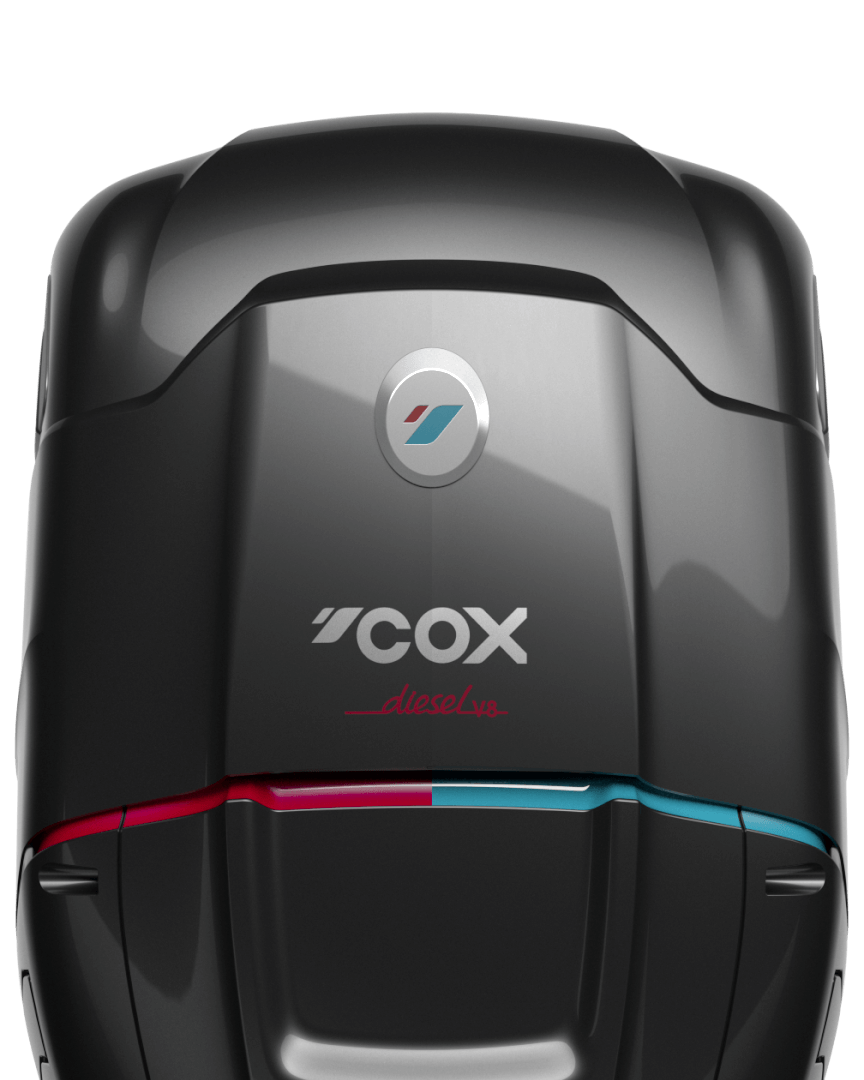 By combining the power and torque of a diesel engine with the benefits of an outboard, Cox redefines the concept of marine propulsion. With the support of UK government agencies and significant long-term private investment, Cox Powertrain has developed over the past decade as a recognized and innovative diesel outboard brand. With a workforce of 71, including a combined development engineering team of 62, the company continues to innovate for the future.

In 2007, motor racing engineer David Cox founded Cox Powertrain, with the aim of developing light diesel engines using Formula 1 technology. The first model was designed in 2010, but the company got a strong push. forward since Tim Routsis became CEO of the company. CXO300 demonstration programs around the world have already begun, as well as landmark validation programs with US government agencies.

In keeping with the British tradition of advanced naval engineering, Cox production has been developed to achieve high international levels of performance and quality. Using state-of-the-art machinery and innovative software, Cox’s standards match those of established automobile manufacturers. This ensures that each engine is of the highest standard.

While the rugged design and engineering of the CXO300 minimize the potential for problems, users are reassured that Cox offers unrivaled after-sales support and a longer warranty than competitive outboards. This minimizes downtime and reduces the loss of profits for commercial operators. Regarding general maintenance, the CXO300 has been designed for 1000 hours of initial autonomy, with all possible oil changes and filters with the engine in the water, thus reducing the need to take the engine out of the water every 100 hours as with the current petrol outboards.